Three factories and eight WorldSBK riders turned up at Jerez on Monday, Ducati bringing their brand new Panigale V4R, but at the end, Jonathan Rea was fastest. Plus ça change.

All eyes were on the Ducati garage, and Alvaro Bautista's first day on the Panigale V4R. "First day at school" was how the Spaniard characterized it, taking some time to adapt to the bike. It was quite a switch from the Desmosedici he had been riding in MotoGP, the bike having a lot less power. But the V4 engine still has plenty, rival teams complaining that the Ducati was 10km/h faster than the others at the Aragon test. Here, the difference was less, but the Panigale was still clearly quicker than the rivals.

The bike reminded him more of a 250, Bautista said, needing corner speed to get more out of it. Aruba.it Ducati teammate Chaz Davies joked that it might have reminded Bautista of his 250, but that bike was very different to the 250 Davies rode when he was in the class. But overall, Bautista's adaptation went well, the Spaniard trying two qualifying tires as it was the first time he had had a chance to ride qualifiers. He needed one set to figure out the potential of the tires, and a second set to attempt to set a time on the tires. His time was good enough for second place, three tenths behind Jonathan Rea on the Kawasaki, and a couple of tenths ahead of his teammate Chaz Davies.

The Welshman had been focusing his work on figuring out the Ducati Panigale V4R, and working towards a base setup. The bike is so new and so different to the Panigale 1198 twin it replaces that very little could actually carry over. The bike is shorter because of the engine configuration, meaning it will need a very different setup to make it work. There was still an enormous amount of work to do. "I'm riding around thinking about 20 different things," Davies said, but he was trying to focus on one thing at a time, to try to make progress.

The bike felt very good under braking, Davies said, something which he felt played to his strengths. Once they get the bike figured out, it should allow him to be competitive in head-to-head battles. But there was still an awful lot of work ahead of them. This was much more the beginning of the beginning, rather than the end of the beginning, as Davies described it.

At Yamaha, Michael van der Mark worked on suspension and a new swingarm, and concentrated on electronics, but the Dutchman was being hampered by a broken scaphoid he had picked up in a crash at Qatar. The X-rays had missed it, but a CT scan had shown it up, though by the time it was discovered, the doctors noted that it was already healing quite well. Van der Mark was working more on making big changes on the bike and trying to feel the difference, rather than working on smaller refinements.

Big changes were what Alex Lowes felt was needed to make the Yamaha YZF-R1M competitive. They were chasing half a second, and that would not come from minor refinements, he said. He had new forks which felt a little better, but the biggest problem is that they needed a big step forward in electronics to gain more drive out of the corners. The Yamaha is fast enough when you run wide sweeping lines and carry lots of corner speed, but as soon as you get caught up in a battle with another rider, you would lose out, Lowes said. If they could find more drive grip, he felt he could be in the fight.

Jonathan Rea had been working with the 2019 spec Kawasaki ZX-10R, and trying to figure out a decent engine setting. The new engine features lighter internals, and that in turn made the engine a little bit more aggressive at higher revs. There are a few spots around the Jerez circuit where that made it a little tougher to manage, especially around the fast sweepers at Turns 11 and 12.

Teammate Leon Haslam was working on adapting to a bike with electronics, after riding a machine with the simplified BSB spec ECU. The electronics made it hard to feel the feedback from the bike, Haslam said, explaining that the bike didn't really tell you what it was doing, and the only way to know if you were going fast was by looking at the lap times. He was having to adapt his riding style more, Haslam said, and trying to lift the bike onto the fatter part of the tire earlier on exit, to carry more speed out of the corner.

There were a fair few complaints about the state of the track, especially as the track took so long to dry. Jonathan Rea said he had been forced to take a different line through Turn 5, as a wet patch on the fast line made it treacherous, as Leon Haslam found out to his cost. Even when the track was dry, the surface is in a bad state, the asphalt breaking up at Turn 1, Turn 2, Turn 8, and a couple more places. The track is to be resurfaced, but the lack of grip due to the surface did at least make the times more representative of a track in May or September, when the races are normally run.

Times for Monday can be found here.

... It wasn't so long ago that Yamaha's cross-plane inline 4 was lauded for it's ability to find grip, and give the rider the feedback to get on the throttle earlier and harder. Now it's abundanatly clear the electronics have seemingly overcome any/all firing order or cylinder arrangment. Thinking back to the early days of traction control in WSBK, a bike like the Kawasaki would've suffered more than most. But now, despite an "aggresive" firing order, it clearly behaves as smoothly as any bike on the grid, and over race distance to boot.

done with blower trucks such as used by NA$CAR (sorry for the mention)?  Seems that the gain in track time would more than offset the costs of purchasing and operating said trucks? 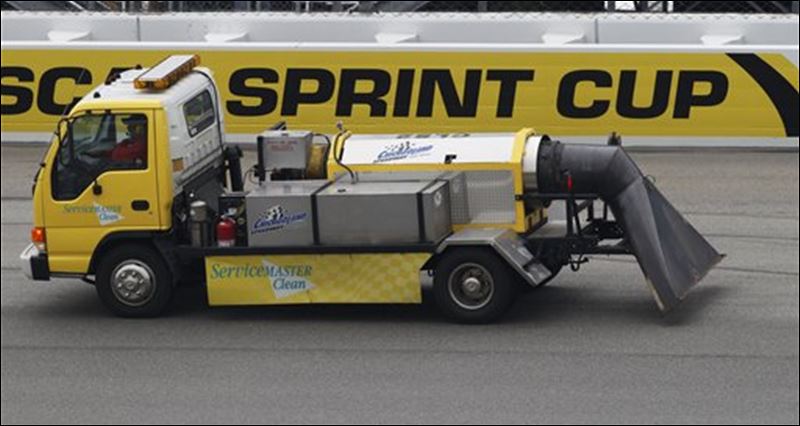 I was wondering why the Ducati folks are talking so much about starting from scratch.  My first impression was that they developed this bike specifically for racing; why so green!?  Then I began thinking about how rare it is to change engine architecture in WSBK.  Honda RC30 to RC51 to CBR1000.  Aprilia from V2 to V4.  That's it (I think).  Extremely rare.  Okay, in that context, it makes more sense.  I wonder if anyone else could name a bike, or bikes, that went through a similar, significant, change, while keeping the same engine architecture?  (long time reader/subscriber, first time commenting)

It is pretty rare for motorcycles to change architecture. The most recent example I can think of is the 5 cylinder Honda RC211V that spawned the V4 RC212V.

Was this track not just resurfaced for the 2018 season?

Weather happens. And it will be getting more extreme for decades yet even if we emit less CO2. Track dryers are not the answer, good track design and maintenance is, along with pragmatism. People with brooms and squeegees seem to deal with local flooding quite well, but even 1000 hp blowers are not going to stop across-track flows. I imagine that, after Silverstone, pretty much everybody now realises it is not 'just black stuff' and it needs experts to design and lay it. The problem, as with Silverstone, Sepang, and Valencia etc., is the rate of rainfall and the ability of the track and drainage system to accommodate it. I suspect we will see more incidents where races are affected/delayed/abandoned because it's just not economic to design an outdoor leisure facility for weather extremes and charge more than it already costs. Track surfaces could be raised, but that will create problems with safe run-off areas and the like. New circuits could be designed for more extreme conditions, but we are not having much luck getting those built. At some point you just have to accept it's too wet. For the rest of the time you use the available tyres and do the best job you can.

the rapidly changing conditions prevent the collection of useful test data for bike setup and development.