Peter Bom's Tech Corner: Why The Gap Between Fairing and Wheel On The KTM?

One of the first things you notice when you look at the KTM RC16 MotoGP machine is that there is so much space around the front wheel. Where the other MotoGP bikes look like the front wheel is tucked as tightly as possible under the front fairing, the KTM's front wheel seems to be pushed forward and almost hanging loose, as if they've forgotten to add part of the fairing.

You can see it most clearly when you put the bike side by side. The gap between the front wheel and fairing on Brad Binder's KTM RC16 seems huge by comparison with Alex Márquez' Honda RC213V. The line of the Honda fairing follows the circumference of the wheel. The KTM fairing is more of a 'boomerang' shape, two straight lines connected by a section of an arc.

Why did KTM choose to go their own way, and not follow the example of the other MotoGP manufacturers? The answer, according to Peter Bom, former world championship-winning crew chief and now MotoGP expert with Eurosport Benelux, is surprisingly simple. "If there is more empty space between the front wheel and the fairing, then air can pass between one side of the bike and the other more freely," Peter says. "The air resistance to sideways movement is less, making the bike much easier to handle when changing direction. This is especially important in high-speed changes of direction, when the bike flips from right full lean to left full lean at corners like the Ruskenhoek (Turns 6 and 7) at Assen. Less air resistances means it takes less effort on the part of the rider."

Nothing comes for free in MotoGP of course. Making the fairing smaller means sacrificing space inside the fairing. There is less room for radiators – and less freedom in their placement – and less room to house the myriad components which a MotoGP uses. There's less room to locate electronics modules behind the fairing to help with mass centralization rather than in the nose or under the seat, and less freedom to move the engine about to change the weight distribution. But designing a MotoGP bike is all about compromise, and KTM appear to have sacrificed space in pursuit of maneuverability.

There is more to making a bike change direction than just the shape of the fairing. But in a sport where the smallest details make the difference between success and failure, making the bike that little bit easier to flick from one side to the other can leave the rider with a bit more strength and energy at the end of an exhausting 25-lap race.

The two photos the composite above is based on appear below, and MotoMatters.com subscribers get full-sized versions of the photos to download and zoom in on.

The Aprilia is very similar to the KTM in this respect. The all-new RS-GP20 last year already featured this large opening behind the front wheel, also with an angular shape. That was a striking difference between the GP19 and GP20.

Was the KTM also already like this in 2020..? Or even earlier maybe? The very first version also had a very skinny fairing, I seem to remember. Once they started competing, the fairing had become a bit bigger, I think. Would be interesting to see the side-view images of every year together.

You just keep offering up the most interessting technical obnservations. I have learned a lot from your commentary on Twitter and these fabulous connections to motomatters. Thanks!

There is a subsection of the car tuning community that hates body to tire gap, and unfortunately I am part of it. Obviously there are some who take it way too far, but personally I don't like any space between the body and tire if I can avoid it. Because of that, I find the OG Desmosedici to have been one of the most beautiful bikes of the modern era: 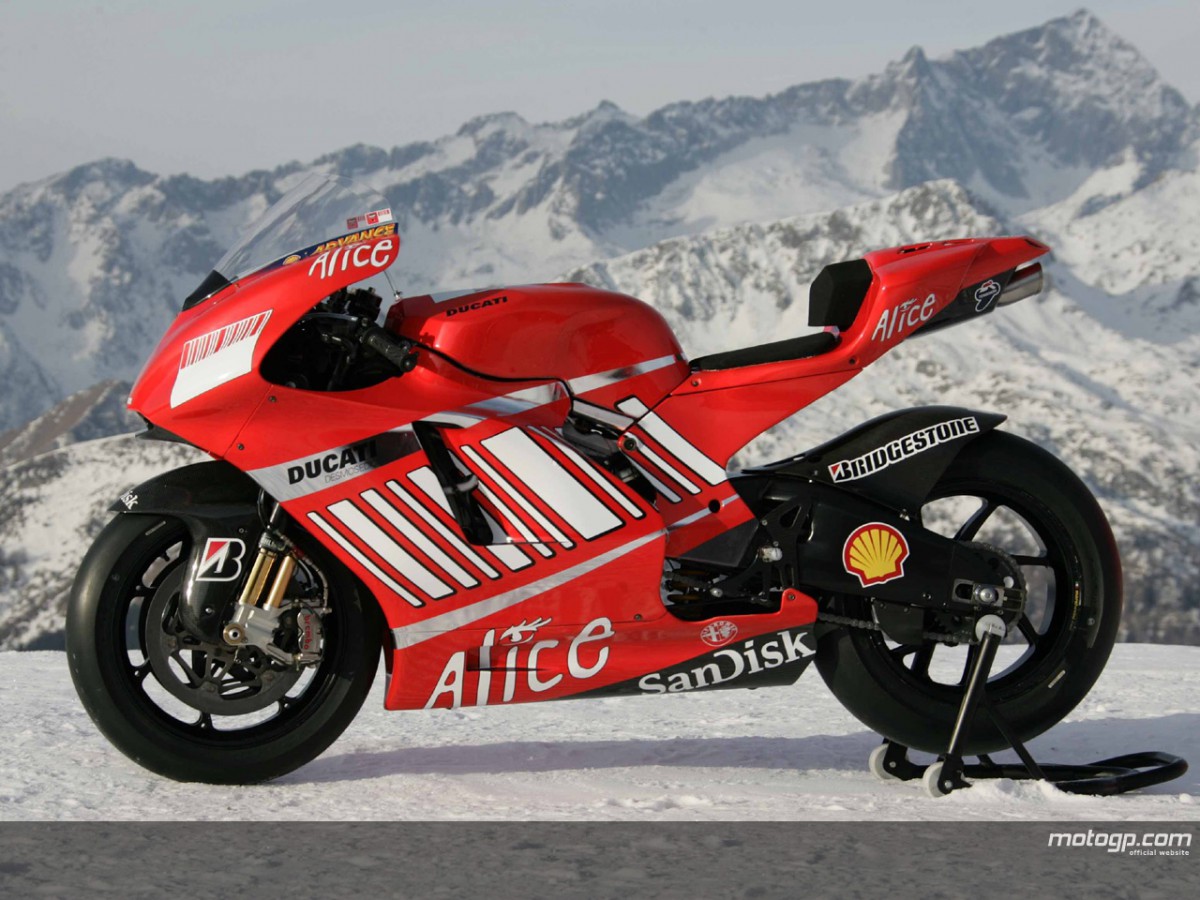 The nose goes a bit far but otherwise I love it. I get now though that with nearly 100 more HP requirements are different.

What does the 2021 Ducati evoke for you?

I'd also love to see him again in real life at the TT in Assen when he leaves the circuit on his bicycle after a hard days work :-).
But we'll have to wait another year for that.