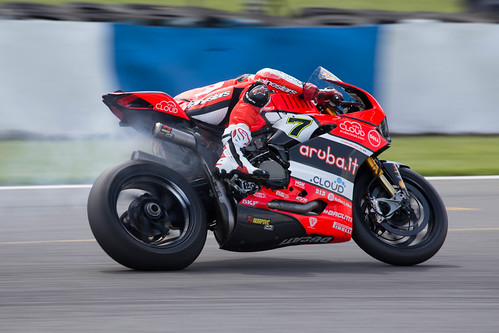 Chaz Davies missed out on the latter half of the session as his Ducati's engine lunched itself in the last sector and set fire to the bike further round the track, bringing out the red flags and ending the Welshman's day. Davies still qualified for superpole two due to a fast lap in the first session, good enough for fifth place overall.

Covering for Sylvain Guintoli on the PATA Yamaha, Cameron Beaubier qualified for Superpole two on his World Superbike debut, an impressive result in ninth place.

Nice to see Cameron make it through - excited for race day

2 Americans near the top. Been awhile since we've seen that in any world spec series. Love it.

Hope it carries through to race day.