Donington World Superbike attendance was listed as 15,353 on Sunday and 29,512 for the whole weekend, which was lower than it should have been due to the weather scaring a lot of people off. The organisers shuffled the schedule to accommodate the British crowd, but the rain undid that good work. 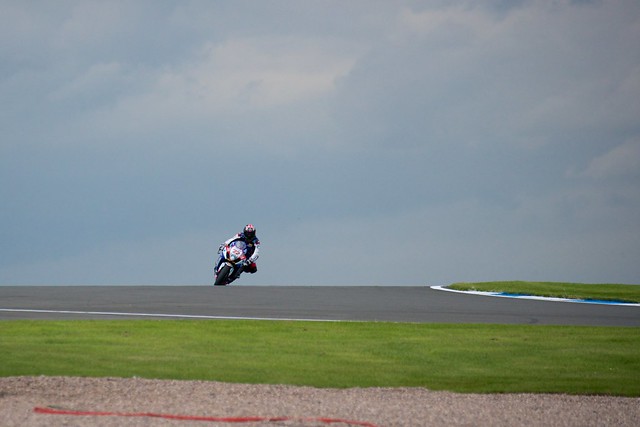 If more people had come, they would have been able to enjoy the British world champion Tom Sykes having possibly the best ride of his career in the exciting first race and just hammering the point home in race two. On an all-round track like Donington that penalises neither agile nor fast bikes, Loris Baz made the Kawasaki look good throughout qualifying in whatever the English weather threw at him, while Sykes only came into his own on Sunday, when it really mattered. The Kawasaki is looking like the bike to beat, especially when you take into account David Salom's Evo results, and Baz is looking like the ideal teammate to Sykes, making it clear that there are no team orders. From a four-point deficit to a 26-point lead in a weekend shows that Sykes is still very much the favourite for the title, and his victory in race one shows that the old tyre-chewing problems of the Kawasaki are very much a thing of the past. 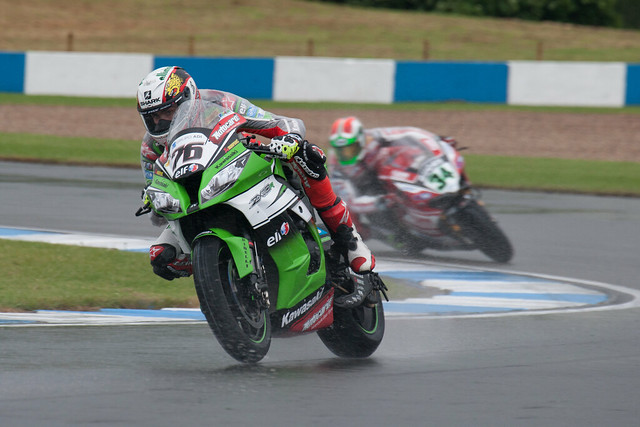 Davide Giugliano's crash in race one was caused by his hitting the kerb on the entrance to the Esses and his glove catching the throttle, which is why it acted strangely, perplexing its rider. In the second race, he spent too much rubber fighting through the field to recover from his bad first lap. Giugliano showed great form throughout qualifying, topped off with the pole position that earned him a Tissot handed over by club racer Keith Flint of The Prodigy, but two bad starts meant that he would fight for the podium but miss it twice. Chaz Davies on the other full-spec Ducati Panigale got two quiet fifth places, missing out on challenging for the podium, but getting results that last year would have been heralded as excellent, showing how much the bike, and our expectations of the bike, has improved. 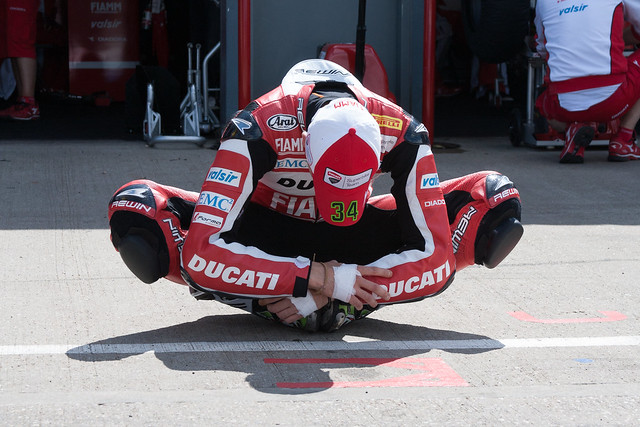 Jonathan Rea arrived at his home round leading the championship and missed the podium twice, but he left Donington in second place. The Honda team are visibly struggling to get the bike working, especially with the lack of actual support from HRC, and Rea is still making the bike look good, but the limitations of the old bike are holding the team back. The amount of development on the electronics is keeping the bike competitive, but when the field goes Evo, the Fireblade will likely not make the cut. Leon Haslam had his best qualifying since his broken leg, but he couldn't keep up the pace in the dry. 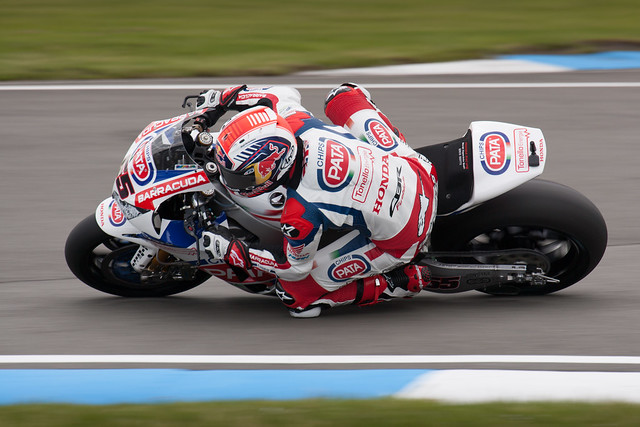 Marco Melandri continued the tradition of an Aprilia on the front row, while Sylvain Guintoli missed out on a front row start for the first time this year. Both riders threatened to do well, but Melandri's crash with Alex Lowes in the second race meant he could only finish in 17th place, out of the points. It looks like the later start for race one at Donington ensured one setting worked for both races, something that Melandri has been struggling with, but it will take a return to the regular schedule to be sure. 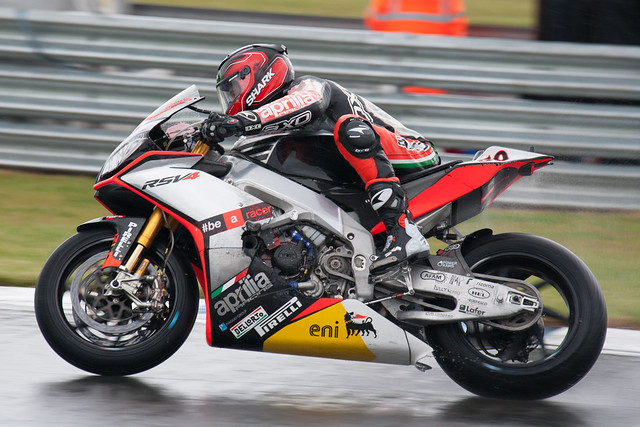 Alex Lowes has two podiums while Eugene Laverty has only one, albeit a win. Laverty knew that his win at Philip Island wasn't worth getting Suzuki's hopes up over, as the bike isn't yet on a level with the front-runners, but Lowes hasn't been told this yet and he continues to impress. Laverty is fast, but unlucky at Donington, which allowed Lowes to overtake him in the championship chase. 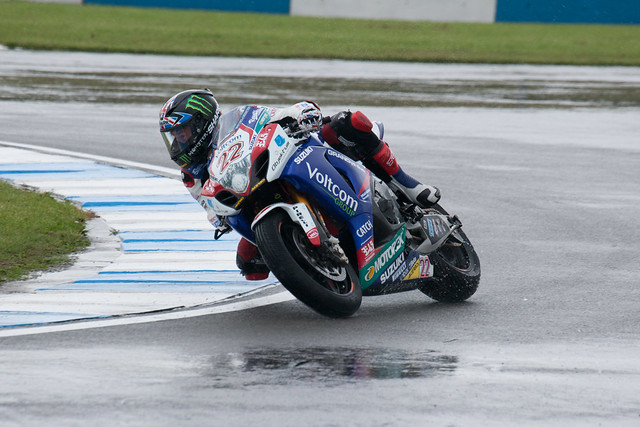 While the Evo battle looks like it's a showdown between David Salom and Niccolò Canepa, that's because neither Bimota can score points. Ayrton Badovini and Christian Iddon were consistently ahead of the other Evo bikes all weekend, with Iddon's crash in race one being the only thing holding them back from both beating the rest of the field. Badovini finished tenth and ninth overall on a bike that, when it gets homologated, could dominate the format. When all bikes go to Evo next year, the Bimota will have had almost a year of beating the other bikes under its belt. 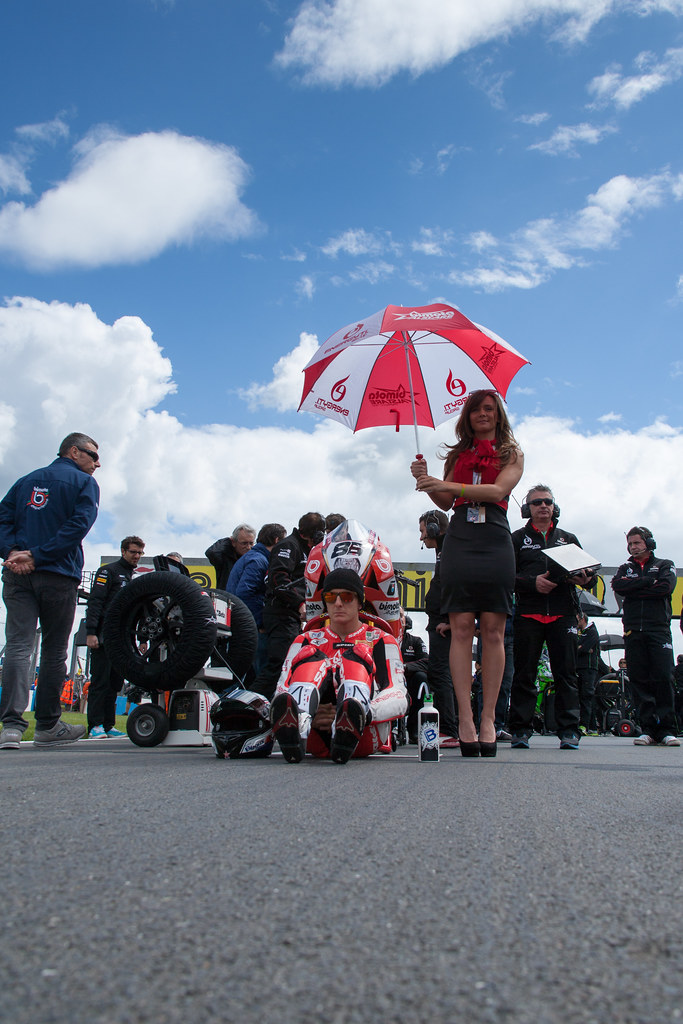 Three riders would not make the race start, with rain, injury and mechanical issues keeping Bryan Staring (replaced by Sheridan Morais), Leon Camier and Geoff May from getting places on the grid. 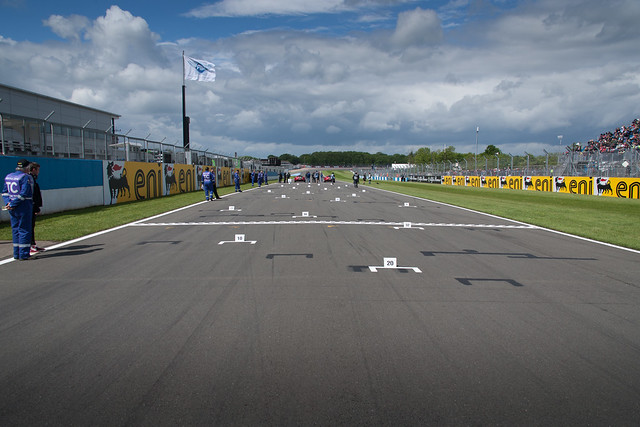 In World Supersport, Michael van der Mark stamped his authority on the championship, with his second win and fourth podium of the year. Kenan Sofuoglu, however, continued his run of bad luck, with what at first looked like an engine problem but turned out to be some debris rubbing against his front tyre, making enough smoke to scare Sofuoglu into slowing down until it went away. 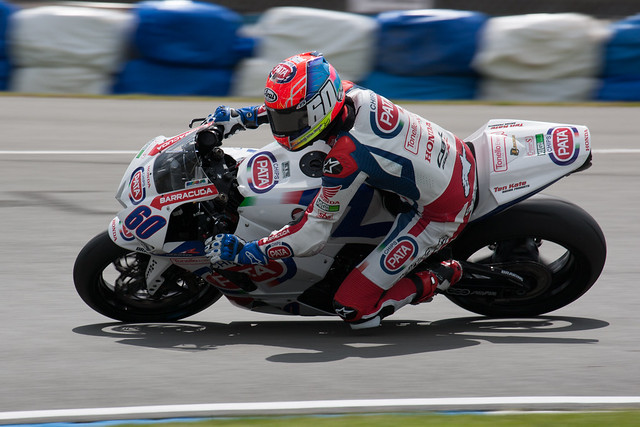 Race 1 was a thousand times better than any MotoGP race this year or the last. It's just super fun to never know who will win, with 8 riders or even more as contenders, and the same number of manufactures. Also the lines the riders take, all different, a lot more movement, more alternatives. MotoGP is looking more and more like the boring F1... what a shame.

Donnington never disappoints with the quality of the racing.
The layout makes for good overtaking chances.

Donnington looks like a super fun track, myself only seeing it online or on satellite tv, but, even without firsthand or trackside experience I love that circuit!
I can see some parts of other tracks from all over the world in, on, around, and through it. I love watching races at that track!

The first year I covered Superbikes at Donington, I walked the track from pit exit to pit entrance. The natural undulation of the track makes it feel organic, like it evolved to be what it is. I love it, especially because you can get close to the action, which makes it a million times better to photograph than Silverstone.

I've seen plenty of wet races that are well attended in the UK. Is the anemic crowd a sign of just how far SBK interest has fallen relative to MotoGP?