Qualifying for the races at Donington Park had a favourite turn up with cracked ribs, a team rivalry coming to boil, a handful of fast wild cards on 600s and the home race for almost every man who has stood on the Superbike podium this year. The short track, a fast and sweeping vintage racetrack leading to a chicane followed by a brace of hairpins, was the site of the first ever World Superbike and, after missing a few years due to a failed improvement, it is once more the regular UK round. 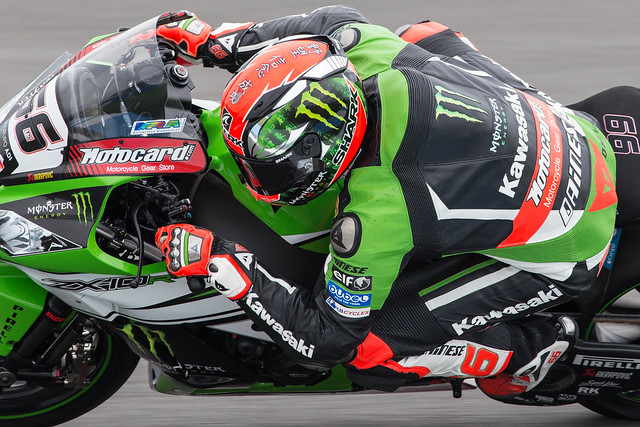 Jonathan Rea and Tom Sykes have both won here recently, Sykes with the double win in 2014 and 2015 and Rea with the second race of 2013, and either rider could be considered a favourite for the win tomorrow, maybe with Rea getting the edge for, as Sykes put it when deciding the order they should run on Thursday's egg-and-spoon race, Sykes might be the better starter, but Rea is the better finisher, and Donington is a finisher's track. All weekend, both Kawasakis have been at or near the top of the timing sheets, but it was Tom Sykes, pictured above, who took pole, equalling Troy Bayliss's number of pole positions in the process, second only to Troy Corser, while Rea had to settle for second. The electronics change didn't favour Sykes at the beginning of the hyear and caught his garage a little by surprise, but they are now getting to grips with it, and need to start getting results if they're to catch Rea. 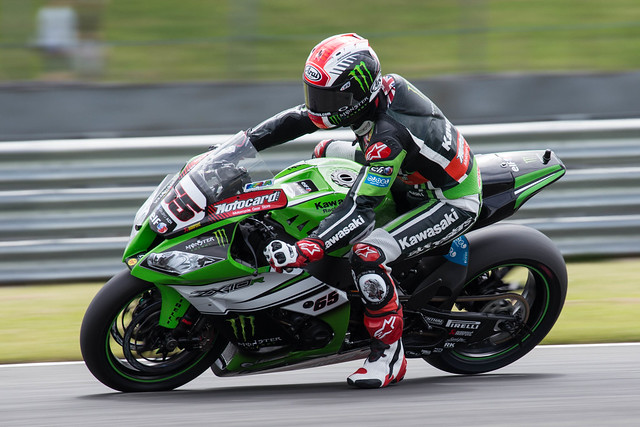 Davide Giugliano had a Davide Giugliano weekend, going fast and crashing. His style is to essentially to pile on the coals and trust that the electronics will stop him from making a mistake, a very modern technique that works well on the Ducati Panigale, apart from the numerous times it doesn't. As it turned out, Giugliano did all his crashing on the Friday and he pulled off a front row start besides the Kawasakis. 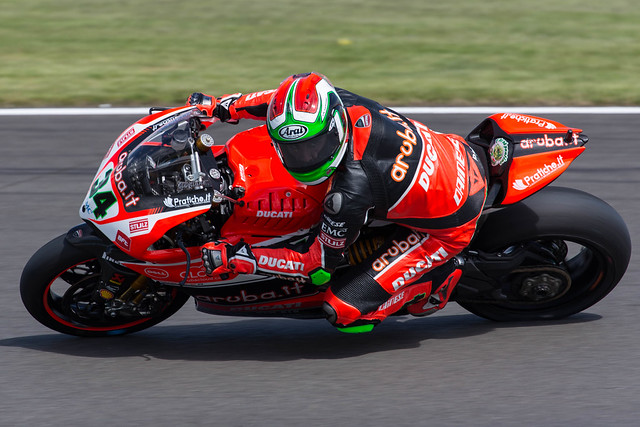 Leon Haslam was fourth quickest, in spite of nursing cracked ribs. In the FP4 session on Saturday morning, Haslam went quickest but his stamina when injured could keep him off the podium, even though he's done more laps than any other rider round Donington; his father Ron Haslam runs his race school out of Donington. 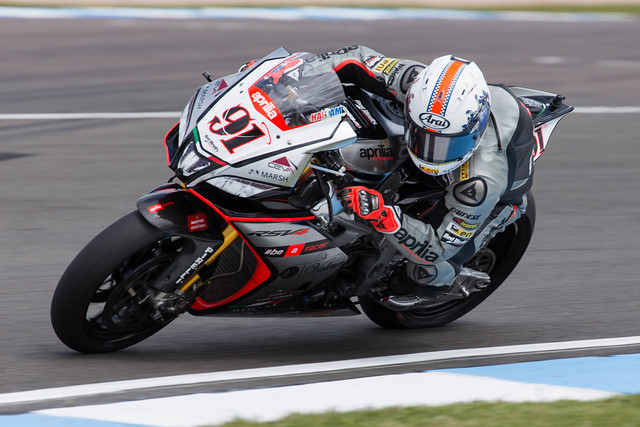 Alex Lowes and his team are still struggling with the electronics, but it seems like they're getting close to letting Lowes trust the bike, with his fifth place on the grid 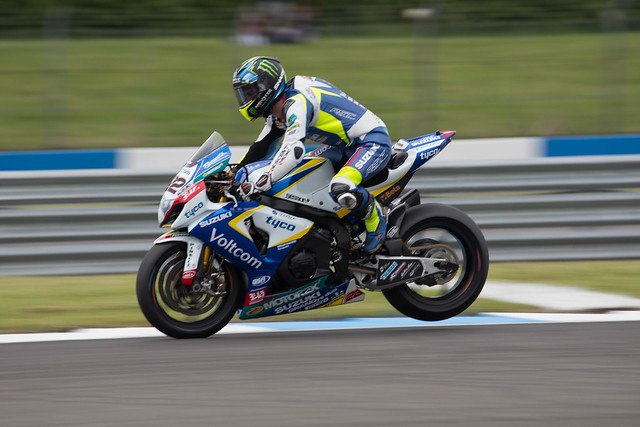 Chaz Davies, at a track he refers to as his bogey track, still managed sixth place, in spite of not getting as much out of his qiualifying tyre as he would have liked, and he's still chasing settings for tomorrow. 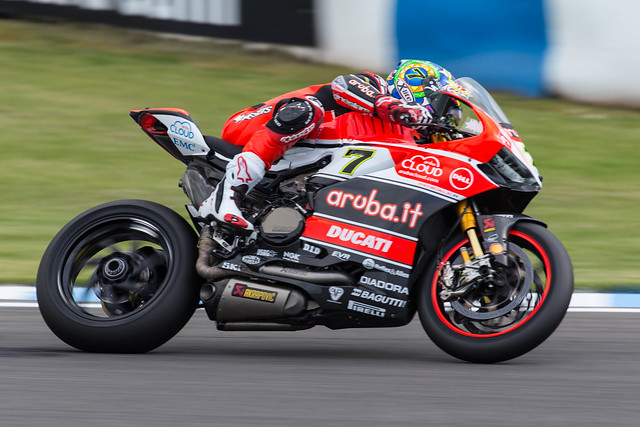 Leon Camier was quickest in the first session on Friday, but couldn't manage better than seventh on the grid. 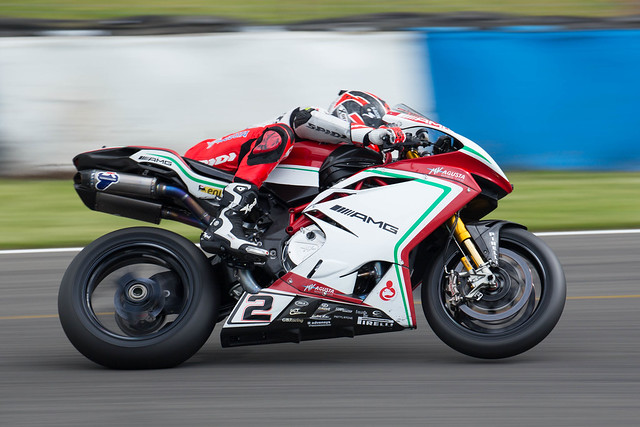 Matteo Baiocco and Sylvain Guintoli join Camier on the third row, Guintoli having got there through Superpole One.

In World Supersport, Kenan Sofuoglu and Jules Cluzel should resume their battle, but for the first time this year, they will be joined at the front by three fast wildcards, the quickest of whom, Kyle Ryde, split their front row, grabbing second place convincingly behind Kenan Sofuoglu's Kawasaki on his British Supersport spec Yamaha R6. Cluzel in third suffered from not getting enough laps in due to continued mechanical problems with his MV Agusta. 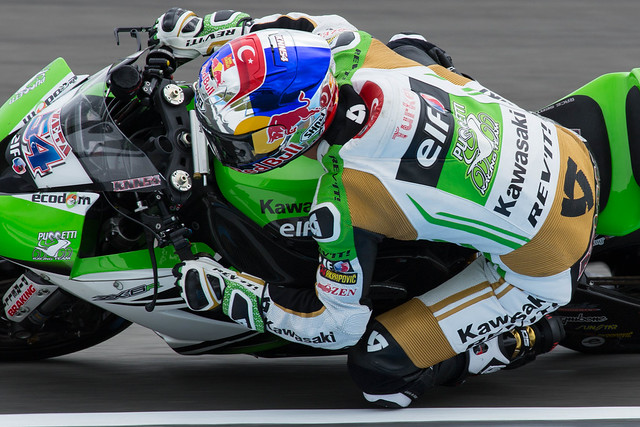 All going well, both series should give us plenty of action, with Tom Sykes and Jonathan Rea giving us the fight we are looking for in World Superbike while Kenan Sofuoglu and Jules Cluzel should be in a position to continue their bitter rivalry. The weather is likely to be the same overcast cold with occasional flurries of sunshine when you'd given up hope, with a possibility of rain, just to add some spice to the already interesting recipe.