The second and final day of the first WorldSBK test saw a change at the top of the timesheets, with Tom Sykes setting the fastest time of the test, beating his Kawasaki teammate Jonathan Rea by over half a second. Sykes had used a qualifier to set his fastest time, though Rea had not bothered with one, and still ended up in second spot.

Third fastest man was Niccolo Canepa, the World Endurance Championship rider working as a test rider for Pata Yamaha, and beating both of the regular WorldSBK men. Pata Yamaha regulars Alex Lowes and Michael van der Mark finished down in eighth and ninth place, though they, like the Aruba Ducati riders, had not used a qualifying tire.

Leon Camier ended the day as fourth fastest, showing good progress on the Red Bull Honda CBR1000RR, just ahead of Marco Melandri on the Aruba Ducati. Eugene Laverty put the Milwaukee Aprilia RSV4 into sixth spot, ahead of Jordi Torres on the MV Agusta.

Almost everyone set their fastest times on Wednesday, the second of two fine and dry days of testing at Jerez. The WorldSBK paddock now packs its bags and heads west, to Portimao, to continue testing.

The complete list of times from Wednesday appears below, with the times sorted by class underneath that, and the combined times from both days of testing below that.

Times by class from Wednesday:

Combined times from both days:

It would be very interesting to know who used a qualifier and who didn’t. But then again its only testing and different teams / riders have different goals during a test. Not everyone’s goal is to put in the fastest lap.

According to the German website SpeedWeek.com the following riders was on qulifiers:

An interesting detail is that Ten Kate is still running the Cosworth electronics, and will wait until Portimao to debute the Magneti Marelli system. Reason stated being they want to test new parts and not to change too much on the bike at the same time. Meaining there could be more to come from the Hondas during the coming season.

Apparently there were some minor delays with some suppliers so the Triple-M Honda WSBK Team was not able to take part in the Jerez test. However they will be present at the test in Portimao. 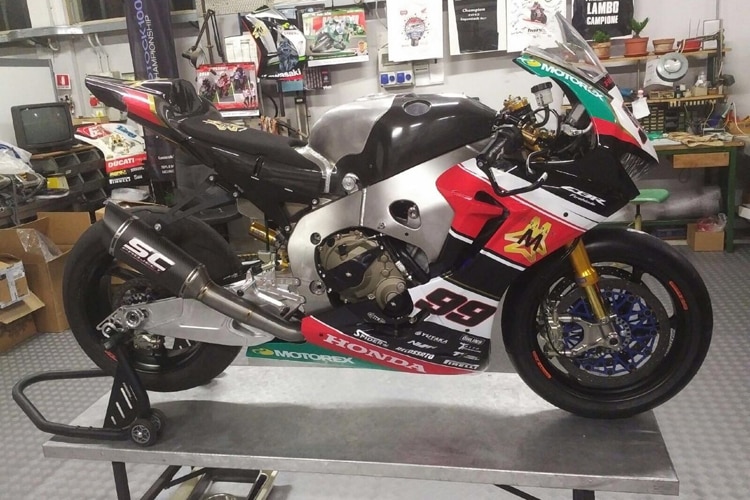 Destroying the myth you need NASA style electronics to “tame” a superbike.